If you’re old enough to remember a time without the internet, you’ve probably jokingly asked that question at least a few times. Wondering where the beef is so 1984. Today, the relevant question in regards to your delicious burger is “Where’s the beef coming from?” The truth is when it comes to our most American of meals - burgers, steaks, baby back ribs, most of the meat that makes the meal is not American. Despite what you think, or even what labels say, most of the meat sold and consumed in the USA is actually imported from foreign countries. Thanks to recent changes in the labeling laws, companies are able to easily brand their meat as “Product of the USA” regardless of where the cattle were raised - fooling the consumer population and undermining the American farmer. 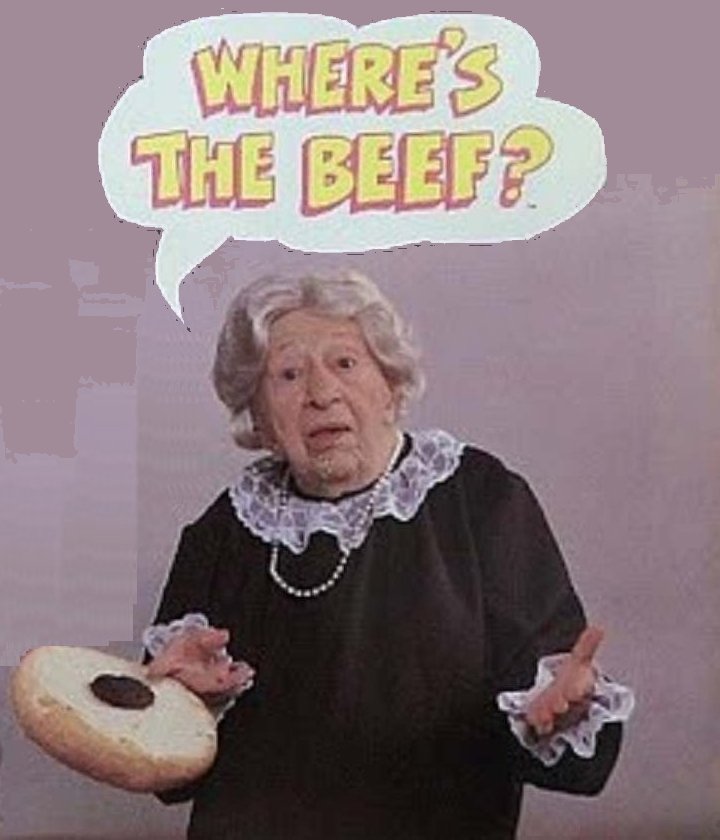 If you’re like most Americans, you like to know where your food is coming from. Whether you want to know for health reasons, to reduce the footprint of your food consumption, or simply support American enterprises - knowing where your food comes from feels more like a right than a privilege. This is what food labels are for, to give us the information we need about the products we’re buying. Up until 2015, this issue was more straightforward. Before 2015, there were distinct regulations on country of origin labeling laws, and meat producers were required to include where their beef or pork was raised, slaughtered, and processed. That was before 2015. 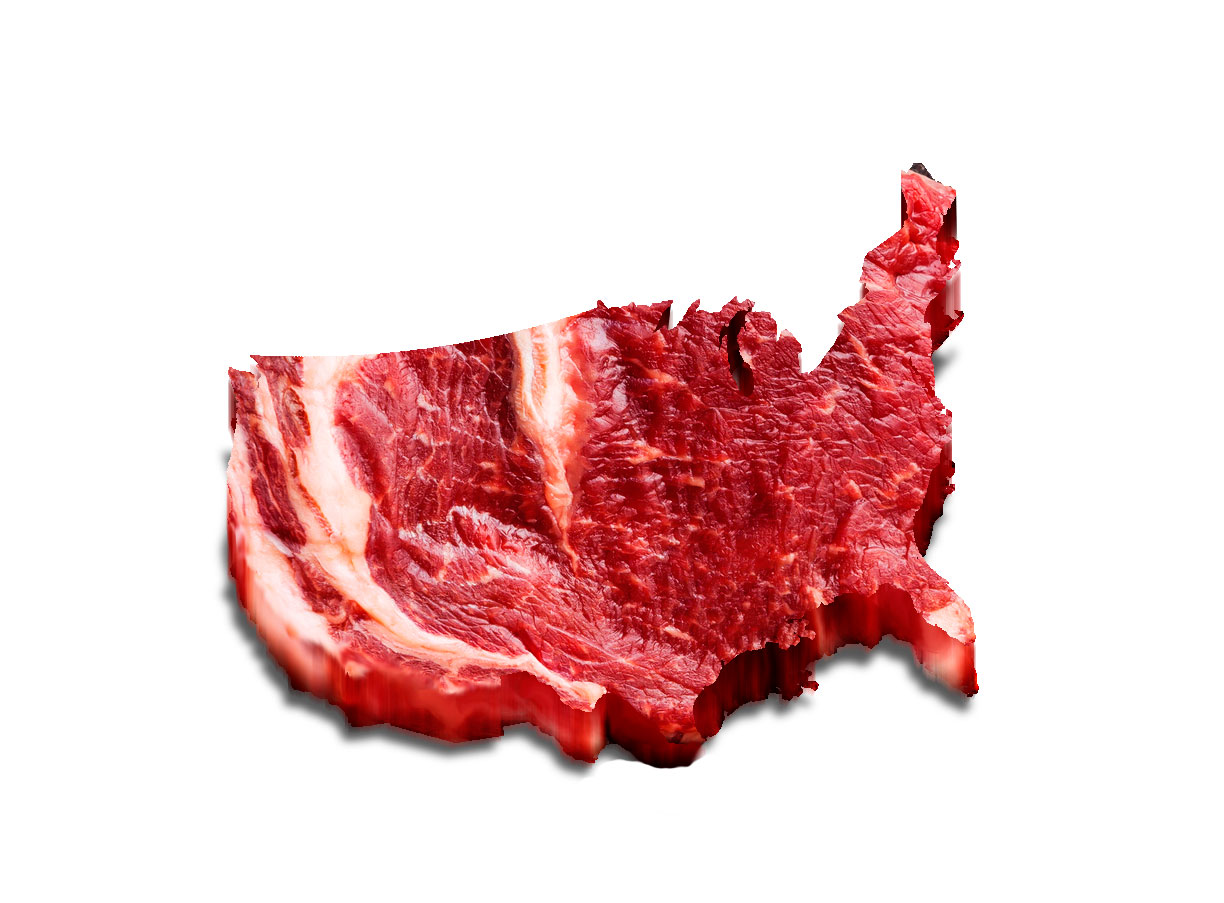 “What happened in 2015”, you ask? Well, due mostly to the lobbying of the heavy-hitter multinational meat processors, the World Trade Organization repealed the Country of Origin Labeling (COOL) law. COOL is a consumer labeling law that requires food companies to identify the country of origin of their products. Before the 2015 decision, this law applied to beef, pork, and turkey. Since that 2015 decision to repeal labeling laws on meat, billions of pounds of cattle raised and slaughtered overseas have been legally sold as American-made. As long as the meat goes through some sort of processing in the US, which can be as simple as cutting one piece of product into a smaller one, it can be labeled as “Product of the USA” or “Made in USA”. For the international industry giants who control 84% of cattle slaughter in the world, this is great news! For anyone looking to support American farmers and ranchers, or anyone who likes to know the truth, this is not great news.

The multinational meat processing companies, without mandatory COOL laws, are able to import their foreign beef and make a bigger profit. While this is great for their bottom line, it allows them to undercut the market prices paid to American ranchers and profit off of the good ol’ American name. By the end of 2015, once COOL was repealed, beef imports skyrocketed by 33% and resulted in a 30% decrease in domestic cattle prices. When the supply is high, the demand is low. When the demand is low, the prices paid also decrease. In 2016, meat processors (most of which are located overseas) made nearly $200 per cow, while those who fed the cattle lost $380 per head. Since consumers are no longer told with honesty whether or not their meat was truly born, raised, and slaughtered in the USA, then the “high supply” is just malarkey. The majority of Americans who believe they’re purchasing food from their home soil are actually buying products that make it harder for their neighbors to make a living. 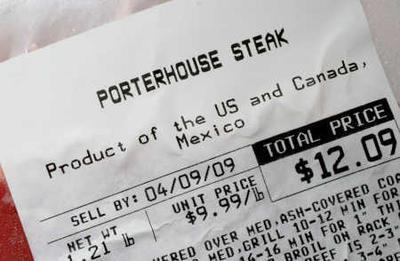 Although COOL objectors claim that the labeling laws would hurt American farmers, by adding costs to the beef supply chain, this too proves to be malarkey. When COOL for beef was fully implemented from early 2013 through 2015, American cattle producers received historically high prices for their cattle and their profitability, as measured by returns per bred cow, was also at historical highs. There’s also the issue of environmental and food safety concerns to consider. Other countries do not uphold the same regulations as the US when it comes to the environment or even the safety standards of food processing. Brazil, one of the largest exporters of beef, was recently banned from importing meat into the US for these very reasons - issues around the safety of their meat as well as their unscrupulous supply chain. That ain’t COOL. Despite the faulty rationale for opposing COOL, the repeal still stands and many Americans are being fooled into thinking they are supporting American-made products when in truth they’re being misled by false advertising.

Access to good food transcends the issue of rights, it’s a human need. Fulcrum Farm only exists because of that recognition. We take pride in the fact that we are growing and producing food, right here on American soil, for the people who have done the most to defend the very land we steward - our nation’s Veterans. Until the COOL act is reinstated, knowing that your food is truly a “Product of the USA” comes down to actually knowing who produced it. Whether that means buying from a local farmer or growing yourself, trusting a person is a much safer bet than trusting a label. You still can find labels that offer transparency - stores like Whole Foods and Oregon’s New Seasons voluntarily include country-of-origin labels, oftentimes down to the name of the farm. Be sure to look for labels that include “born, raised, and harvested in the USA” to get as close to home as possible. As is the case with most labels in the food industry, the guiding principle for actually getting what you’re expecting remains: “Small is safe”.

The Ambiguity of “Natural” Labels 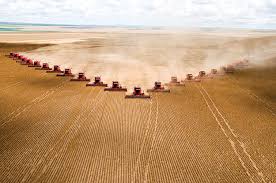